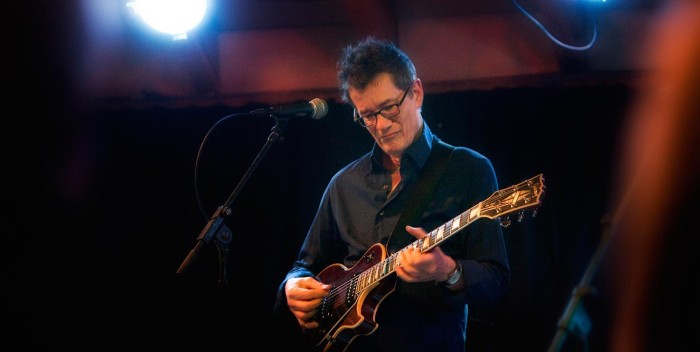 Are you reeling in the years? Jon Herington is. He’s been with Steely Dan for about 15 years, providing those amazing lead guitar licks on the group’s classic hits. His favorite, if he had to pick one? “Deacon Blues,” he says, is the zenith of all Donald Fagen and Walter Becker’s extraordinary compositions.

Steely Dan won’t be in New York until October, when they do a week long sit down at the Beacon (sort of replacing the Allman Brothers). But on Friday June 5th, Herington will play a rare New York club show at Subculture New York, the hot club under the Culture Project theater at 45 Bleecker Street. The next night he’s at The Saint in Asbury Park, New Jersey.

I met Jon at about the time he started with Donald and Walter. He played some live gigs and recorded some tracks with late great Phoebe Snow on sessions I helped put together. Phoebe was very excited that she’d managed to hire him. Indeed, Herington is maybe the star rock and jazz guitarist, a real whiz, in New York for the last and current generation. Download his 2012 album called “Time on My Hands.” It will blow you away. The first time I listened to it, I realized I was smiling. It’s real music, not that plastic thing you hear now on the radio. If Herington played with the likes of Adam Levine or Rob Thomas, Maroon 5 and Matchbox Twenty would be reinvented.

For one, thing go see Jon Herington this Friday.