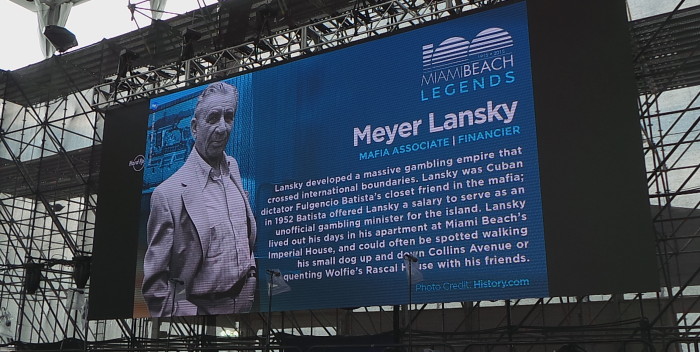 Miami’s 100th anniversary included a big bash on Thursday night. There was an out door concert with Barry Gibb, Sam Moore, Sheila E. and other musicians who all got proclamations from the mayor.

And guess who was honored? Famed mobster Meyer Lansky. Why should be be left out? Known through the ages for illegal gambling (the only crime was ever convicted f0r) Lansky’s pals were Bugsy Siegel and Lucky Luciano. In “The Godfather II” he was called Hyman Roth and played — for the ages– by Lee Strasberg.