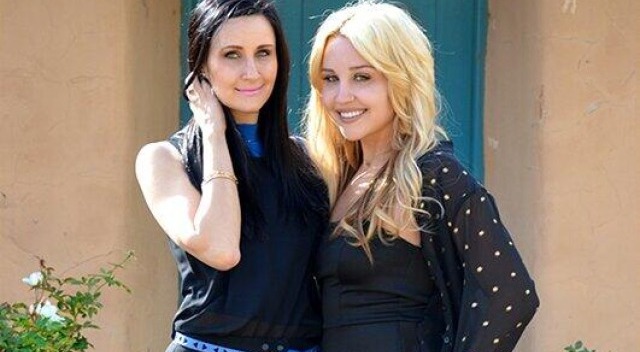 Poor Amanda Bynes. I don’t understand why her parents cannot get hold of this situation. The former child actress is back on Twitter under a pseudonum and having a very bad time emotionally.

The name Bynes is using is Ashley Banks, and her handle is @PersianLa27. I had a brief Tweet-versation with her a couple of days ago that ended with Ashley telling me: “Don’t speak to me directly.” Bynes has started a GoFundMe page under that name, using a picture of Britney Spears. She writes: “With recent surgery and constant pressure to be seen in a new outfit everyday I am starting my own personal account so that I’m able to express my spending habits freely. I have money but because of my looks they put me on a budget. I’m also literally sporting an old Galaxy phone and would like a new iPhone ASAP.” She’s raised $164 of $500.

This morning Amanda wrote as Ashley: “I honestly need some money in my account so that I can fly to NYC as soon as possible because I am again being refused access to my money.” Her parents at least have locked down her accounts under a conservatorship so that Bynes can’t travel or hurt herself. She has a long history of mental illness, documented everywhere on the internet.

Bynes continues to have issues about her appearance. She regularly Tweets that she’s unattractive or very attractive. Of course, it’s not rational. She’s a beautiful girl. But her GoFundMe page is titled “Gorgeous Funds.”

She also issues with her parents. She’s threatened to kill them, and accused her father of molestation. But she did Tweet a picture of herself with friends who looked like surrogate parents. If anyone knows who they are, let us know.

What a nightmare for her parents and relatives and friends. Hopefully they can help her. Soon.