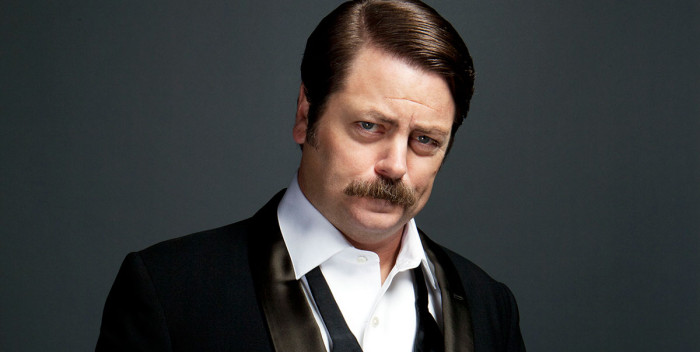 No one can get a movie together of “A Confederacy of Dunces.” But now there’s a play version coming to off off Broadway in a dramatic adaptation of the John Kennedy Toole popular novel. Nick Offerman, from “Parks and Recreation” (and the husband of Megan Mullaly) will star as Ignatius Reilly. The play opens in Boston at the Huntington Theater on November 11th. David Esbjornson directs from a script by Jeffrey Hatcher.

“Confederacy” was written by O’Toole before he committed suicide in 1969. Ten years later his mother brought the book to famed writer Walker Percy. Percy took it to his publisher, and in 1981 the book finally saw the light of day. It won the Pulitzer Prize and has become a modern classic. There have been countless efforts to make a film. For a short time before his death. John Belushi was tipped to play Ignatius. But nothing has ever gotten off the ground. Offerman seems like a good choice. Let’s wish them luck.