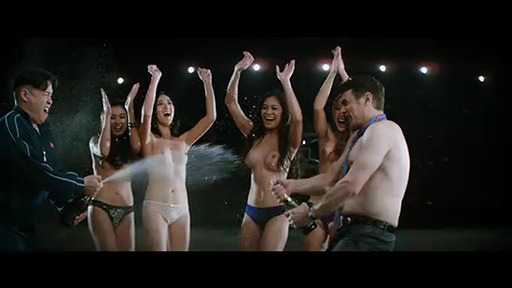 “The Interview” may not have been to Kim Jung Un’s liking, but the Publicists Guild thought it was great. They just announced that Sony publicity, led by Andre Caraco, ran the best movie publicity campaign of the year. Caraco in a witty speech at the Beverly Hilton ballroom, thanked Kim Jung Un and President Obama for the best publicity ever.

Harvey and Bob Weinstein won Lifetime Achievement Awards for all the great campaigns, some of which worked, and some that didn’t. Both of them cited “The Crying Game” as their watershed publicity moment. Harvey said that Lexapro helped in treating publicists better lately. He thanked Dani Weinstein (no relation) and Brad Thompson who run his shop now, and cited Marcy Granata, Matt Hiltzik, and Cynthia Swartz, Leslee Dart, Pat Kingsley and the late legend Lois Smith for getting him to this point. Both Weinstein brothers showed just how charming and self-effacing they could be, and got a lot of laughs.

Academy chief Cheryl Boone Isaacs also received an award, and so did someone from the Hollywood Foreign Press for international press. Four of the nominees in that category were HFPA. Dave Karger of Fandango was presented with an award by Scott Eastwood, whom Karger joked he follows on Instagram.

PS I havent been to this lunch in 15 years. The chicken was inedible, and there was a cash bar. When I asked my waiter for a Ginger Ale, he charged me $7.50. LOL.