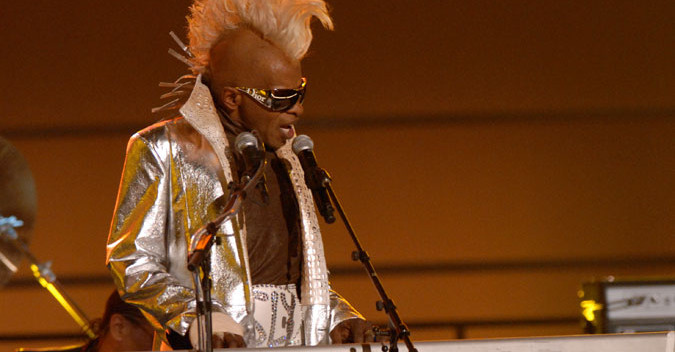 KEEP REFRESHING One of the longest and worst cases in music history may finally have a happy ending. A jury in Los Angeles Superior Court today awarded Sly Stone (Sylvester Stewart) $5 million in lost royalties from his former manager and Svengali, Jerry Goldstein, and Goldstein’s lawyer, Glenn Stone.

Stone signed a management contract with Goldstein’s company, Even Street, in 1989. But Goldstein, the jury found today, proceeded to rip Stone off for the last 25 years. It’s an astounding story.

Stone, long a recluse and drug addict, fell into personal chaos. For the last few years he’s been living in an RV in front of his old house.

Goldstein has not only screwed around with Stone all these years among famous rock stars. He’s also been part of the divisiveness that killed War, the famed R&B group responsible for “Low Rider” and “The World is A Ghetto.” Goldstein has been at the center of lawsuits concerning their music for years.

But he’s hung onto Stone for dear life even as Stone accused him of stealing money. When Stone played ill fated shows at BB King’s in New York a few years ago, it was Goldstein who was standing in the shadows and controlling access.

In 2010, Stone filed suit in Los Angeles, almost five years ago exactly. A week ago, stipulations for settlement appeared in the court record, with Goldstein still walking away with Stone’s money. Now Sly gets his money, although it’s just a fraction of what’s been squandered and pissed away over the last quarter century.