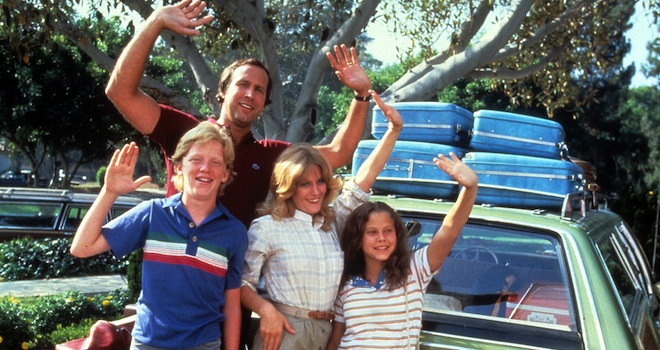 Exclusive: Fraser Crane would never do this: Kelsey Grammer and his family, including wife Kayte and their two little kids are planning their own National Lampoon Vacation. Kelsey and co. are moving to New York so he can co-star with Matthew Morrison in the musical version of “Finding Neverland” on Broadway.

And how will they get there? “I’m looking at RVs right now,” Kelsey told me last night at the Valentino store on Rodeo Drive. The occasion was a book signing by Carlos d’Souza for his new book called “#Carlos’s Places.”

So why the cross country trip? “We’re going to make some stops along the way to see various people,” Kelsey explained. They’re taking a combination northern and southern route.

Also at the Valentino signing: Oscar winner Anne Hathaway and husband Adam Shulman, getting excited about “Song One,” Anne’s new film co-produced by Adam and being released next Friday. The movie has music in it from Jenny Lewis, but Anne doesn’t do the singing. (She’ll be singing again, soon, I hope.)

The charming labor of love is by first time director Kate Barker Froyland and co-stars Mary Steenburgen (who’s been doing a lot of singing herself in the last couple of years.)

Also at Valentino: actress/model Jamie King from “Hart of Dixie” with her husband, director Kyle Newman (“Barely Lethal”) plus Kathy Hilton, looking like a million bucks, naturally. Rodeo Drive is deserted after 6pm, so the whole atmosphere was a little otherworldly. We looked at $5,000 handbags and drank Champagne, and thought about Kelsey driving his rig on Route 66.