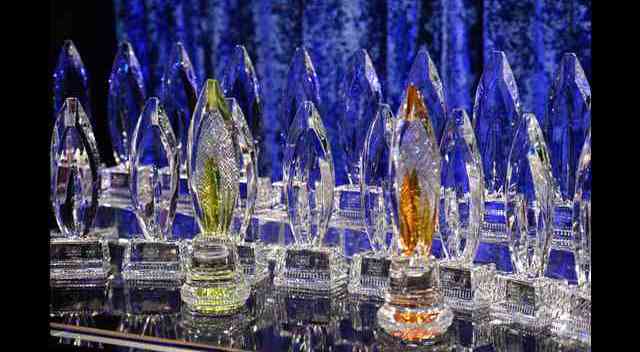 No one ever took the People’s Choice Awards. But they were always a ratings getter. Last year they were way up over 2013. The reason was that they were like a back-to-school end of the holidays event. If you wanted to, you could see some stars get dressed up and parade around as a New Years pick me up.

But now? Last night’s People Choice dropped 25% from last year. They lost 2 million viewers from their 2014 high of 10.36 million– and most of them were young. The key demo dropped from 2.4 to 1.8. Ouch! Where did everybody go?

Easy answer: People’s Choice was just preceded by two similarly inane but fun shows: The Hollywood Awards on NBC, and the People Magazine Awards– not to mention the American Music Awards. Most of the same people just appeared on those tinsel-fests. And they didn’t do so well.

The effect, obviously, was meted out to People’s Choice. How many times can you see publicist-orchestrated awards shows where there’s no surprise, everyone gets something, and none of the people deserve it? Apparently last night was one time too many.

So now we come to this Sunday’s Golden Globes, and next Thursday’s Critics Choice Awards on A&E. These at least are the real thing. The winners don’t know who won, and least there’s some drama involved.

Today, there’s a report that some advisory group is worried that the Oscars will have low ratings because most of the movies involved are independent art films. Hogwash. People watch the Oscars because they’re the gold standard. It’s how they’re produced and presented that makes the night.

The Academy’s skill is in making “moments,” and showcasing people who didn’t do the “circuit” all season. The Oscars are Hollywood’s Super Bowl. But maybe it’s time to think about the damage these other shows are doing to the interested audience. You can’t expect people to keep on test driving Hyundais while they’re waiting for the Cadillac.