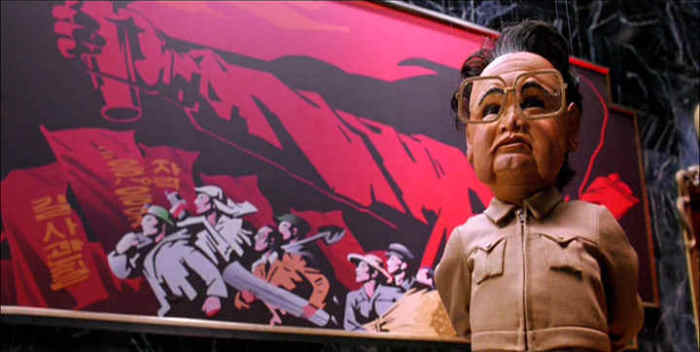 In 2004, the South Park team released a hilarious feature film called “Team America: World Police.” Kim Jong Un’s dad, Kim Jong Il, was spoofed mercilessly. For some reason, everyone’s forgotten that in the wake of “The Interview.” That movie was produced by Scott Rudin, who’s now all over the Sony hack. Everything old is new again!

here are some clips: