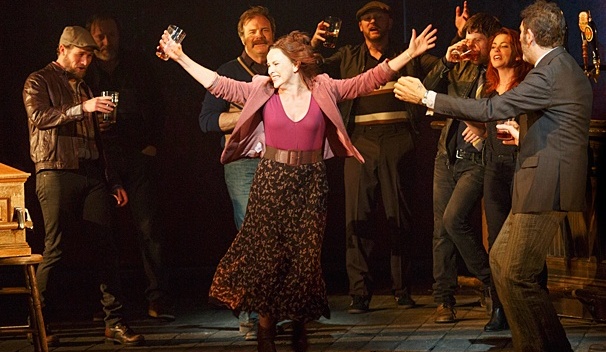 Adding Sting to his own show has done the trick. “The Last Ship” cleared $817K last week, its highest weekly box office number so far. The weekly take is up by around $300,000 and growing. The numbers should only increase through the holidays.

Sting recently announced he was extending his stay in the show through almost the last week of January. This is pretty wild since he hits the road with Paul Simon on January 30th in Auckland, New Zealand.

Meantime, tomorrow the “Last Ship” cast CD lands, with all new recordings of the show’s songs sung by the cast, as well as a bonus track of Sting performing “What Say You Meg?” Even if you have the CD Sting originally issued, the show score is different and must-have. The singers in “The Last Ship”– like Aaron Lazar, Rachel Tucker, and Michael Esper– are just phenomenal.