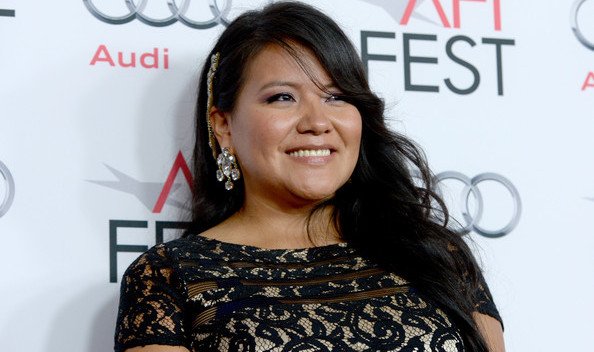 You’ve no doubt read that Misty Upham, a lovely actress who had big roles in “Frozen River” and “August: Osage County,” had been missing for days. Her family thought she might have considered  suicide. Misty apparently suffered from depression. She was found yesterday. I met Misty a few times, especially during the “AOC” publicity. She was soft spoken and funny. In a casual social environment you wouldn’t have known she was suffering.

Reports say the Upham family feels the police weren’t helpful when they sounded an alarm to find her. It doesn’t really matter. A family friend told Variety: “We just want to make it clear that the Auburn police had nothing to do with looking for her or finding her,” she said. “It was friends and family that led the search and rescue teams that found Misty.”

I once made some comment to Misty, not thinking, actually because I thought she was from Canada or upstate New York because her work in “Frozen River” seemed so real. She laughed and said, “Why should I know that? I’m from the West Coast!”

It took nearly five hours for the Auburn Police Department and the Valley Regional Fire Authority crews to recover the body of a deceased person from a wooded area near the White River in Auburn. The body was discovered near Forest Ridge Dr. and has now been turned over the King County Medical Examiner for positive identification and a determination of cause of death.

Because a purse containing identification of Misty Upham was at the scene the body is presumed to be that of Upham. The Auburn Police Department states that there is no initial evidence or information to indicate foul play; however the Medical Examiner will make the final determination.

The body was discovered by a person related to a search party that had been assembled by the Upham family that was in the area searching for her at about 1 p.m. this afternoon.

The Auburn Police Department found the body approximately 150 feet down a steep embankment near the river heavily covered in brush. It took a 10-person crew to recover the body from the steep and wooded area.

The medical examiner is expected to release their findings in the next few days.

Upham was reported missing by her family on Oct. 6 and the Auburn Police Department had been investigating her disappearance.