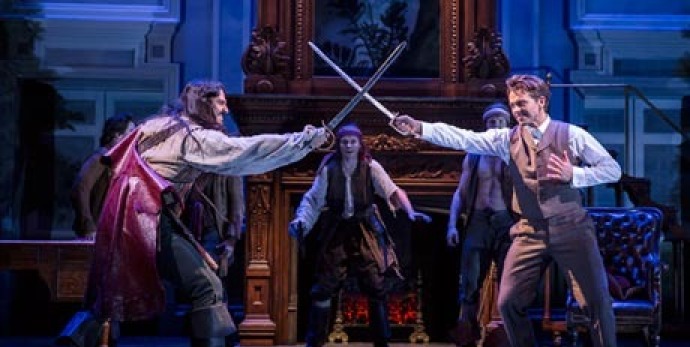 Harvey Weinstein is bringing “Finding Neverland” to Broadway next spring. The April 8th opening will be right in time for the Tony Awards. Diane Paulus’s directed musical based on the Marc Forster Oscar nominated movie just concluded a hit run in Cambridge, Mass. at the ART. Now comes the hard work of tweaking and streamlining and getting the show ready for prime time, as it were. Music is by British pop superstar and composer Gary Barlow.

The entry of “Finding Neverland” into the Tony sweepstakes is intriguing. Sting’s “The Last Ship” will be up against it, as well “An American in Paris,” which is just playing now in Paris, France. There are also revivals of “On the Town” and “On the Twentieth Century” plus at last the musical of “Dr. Zhivago” written by Lucy Simon (“Secret Garden”). So get ready. April is a minute away!