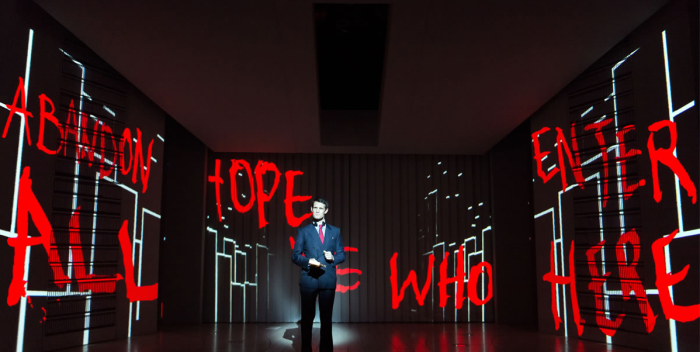 I was really looking forward to Patrick Bateman tap dancing while he chopped up various sex partners on stage this year. But Carole Rothman’s Second Stage Theater has announced that “American Psycho” is a no-go.

“We are disappointed that we will not be producing American Psycho this season, but the rights holders, Act 4 Entertainment, have decided to not move forward with the production at Second Stage,” said Artistic Director Carole Rothman in a statment.   “We will be announcing a new production in its place in the coming weeks.”

Duncan Sheik wrote the music– “I Am Barely Breathing” would have been a perfect funny nod in the show.  The book was by Roberto Aguirre-Sacasa, the guy the “Spider Man: Turn off the Dark” producers tried to replace Julie Taymor with.

This was a much anticipated show. The Max Factor red blood alone would have been spurting everywhere and worth the price of admission. So funny, but if you look back, “American Psycho” — the novel by Brett Easton Ellis– was prescient. I hope the producers can figure this out.