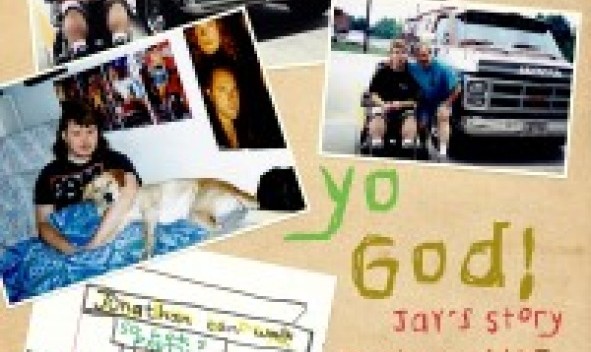 EXCLUSIVE June Kempf served as president of her local MDA chapter on Long Island for two years, after many years of service. If you Google her name and MDA, you’ll see many references. Her son Jonathan, who is now deceased, was an MDA Ambassador and one of “Jerry’s Kids.” When I wrote about MDA recently, June responded with the comment below. She also told me this afternoon that when she published her E-book “Yo, God:  Jay’s Story” in February, she queried Quest, the MDA magazine, about doing a feature or mention of it. They refused, saying they had no room in the magazine. I’ve seen the email exchange. It’s quite stunning that MDA wouldn’t be sending this out to their subscribers. The book is now available in print as well, on amazon.com, at bn.com, and at June’s website, http://www.specilkdstori.com/home-page/

MDA shut down her chapter on Long Island without any notice. This is what she wrote to me last month:

“As a thirty year volunteer and past president of the Suffolk County MDA chapter, I am absolutely devastated over the cruel way they not only terminated Jerry Lewis but cut out long time devoted people and patients without warning.
This cold-hearted organization simply closed the doors on our chapter. Fellow volunteers showed up for a meeting one day to find the desks were gone and offices emptied.
People who had come together year after year working the telethon from our local center, who were raising children with this dread disease and who had formed deep friendships were thrown out on the street and told to go to another county. When two volunteers showed up at the neighboring county, they were told they were not needed.
I too lost a child from Duchenne MD (read Yo God Jay’s Story on Amazon,Barnes and Noble and Tower) and my son served as a local ‘ambassador’ for fundraising events where you could feel the love.
In the beginning, MDA funded all PT sessions (weekly). They supplied equipment and paid for motorized wheelchairs in the amounts not covered by insurance,as well as clinic visits. But each year, these benefits were reduced and focus redirected to research. We can only wonder about the progress in that area.
I do continue to donate a few bucks every year, but before I send another penny in after reading this article and the above testimony, I think we need a serious investigation.”