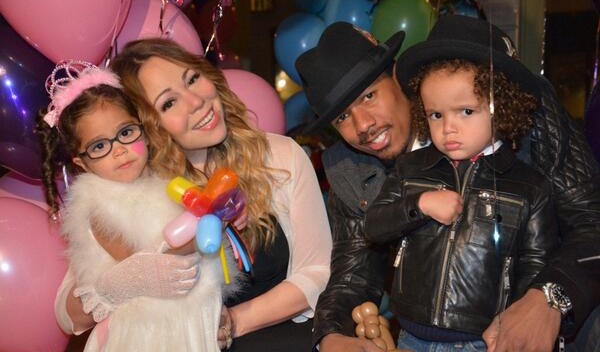 Mariah Carey’s marriage to Nick Cannon appears to be over, after a week or so of gossip items flushed out the truth. Nick apparently gave an interview to Paramount TV’s “The Insider” in which he admits the couple has been living apart for some time.

And that’s weird because Carey spoke to a mutual friend last night, gave no indication anything was wrong, and Cannon– father of her three year old twins– was at her place.

But the couple’s split does explain why Mariah’s “Elusive Chanteuse” album collapsed with just 100,000 copies in sales. After an initial week of presss, Mariah just let the album die. She didn’t do any more publicity and lost interest in the proceedings.

Now it seems obvious she was overwhelmed by personal problems in May as the album dropped. What a shame– she got great reviews for it, too. But the album’s success was as elusive as its title.

Mariah’s next move is a tour of the Far East doing concerts for the entire month of October. She’ll take Roc and Ro with her. I gather by the time she returns, her second marriage will be on the history books.

In the end, my guess is Mariah and Nick will remain on good terms. But the age difference– 15 years– was just too much. Cannon is 33 years old and sowing his wild oats as his career is in full gear. Mariah can get back to focusing on her career, and of course, the kids.