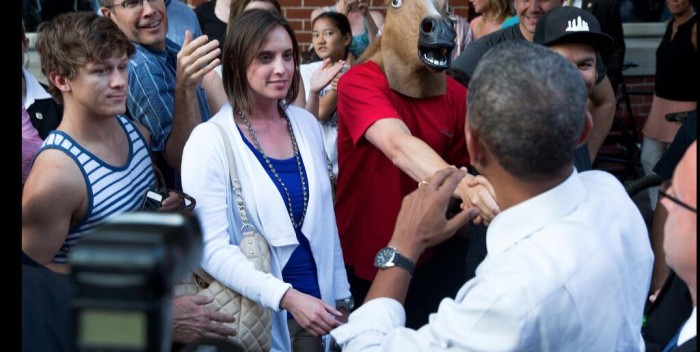 Gov. Rick Perry of Texas had said he wouldn’t shake hands with President Obama on an airport tarmac. Later, he rethought this statement since it was kind of disrespectful. Later Perry was caught surreptitiously greeting Obama on a receiving line. He was disguised as a donkey. If you believe this, you also believe Zac Efron is dating Michelle Rodriguez. Namaste.