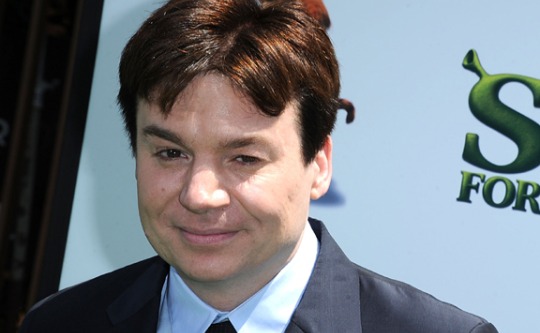 The best documentary I’ve seen in ages opens Friday and it’s directed by Austin Powers. Er, not really, it’s Mike Myers, who turns out to be as thoughtful a filmmaker as he is a comedic actor and writer. He’s made a film called “Supermensch” about Shep Gordon, the legendary manager of Alice Cooper, inventor of the celerity chef, and sort of Zen Jewish Buddhist.

Last week, a group of luminaries met in New York to launch “Supermensch” including Clive Davis, Elvis Costello, Paul Haggis, Jason Sudeikis and Olivia Wilde, Michael Stipe, Julie Panebianco, Anthony Bourdain, and DA Pennebaker and Chris Hegedus. After the screening, the group repaired to the upstairs at the Wayfarer on 57th and 6th, where bodyguards watched Myers as if he were going to be attacked by Brad Pitt’s red carpet nutter.

But before the screening I wandered into the bar at the Modern, next to the MoMA screening room. And there was Shep, having drinks with a bunch of old friends who were not celebrities. They’d all known him forever, like everyone. All the celeb stuff was elsewhere, and you’d have no idea that his movie would include tributes and stories from Michael Douglas, singer Anne Murray, Alice Cooper, Emeril Lagasse, home movies with Mick Fleetwood etc.

Myers was smart in choosing his subject. He says in the film that Shep Gordon is the nicest guy he’s even known, and it’s true. A ladies man with no kids, Gordon wound up unofficially adopting the grandchildren of one of his first loves, an African American model. They are his family now, all grown up, and it shows you “family” can mean all kinds of things. Gordon also has lots of famous “family”; all of them are in this must-see film.

“Supermensch” goes into theatres this weekend and will eventually play on A&E. Expect a lot of awards action on it this fall. For one thing, the more it’s seen, the better its chances. And Shep is the film’s best ambassador. He’s  been in  New York on and off for weeks doing promotion. I must say it’s been a pleasure to have him around. For a very big guy he’s extremely laid back and sweet. (Must be the Dalai Lama connection.)

See this movie– I do think my favorite thing about it is the reveal that he never really cared for Alice Cooper’s heavy metal stuff. He was more of Anne Murray fan! Maybe that’s why Alice finally wrote a great ballad in “Only Women.” Anyway, this is the side of rock and roll nostalgia we don’t see enough.