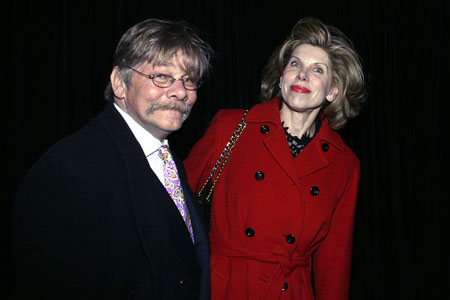 Sad news, but little info: Actor Matthew Cowles passed away on May 22nd. His manager Tweeted the information. Cowles was a cult fan favorite from the soap “All My Children” where he played sleazy bad guy Billy Clyde Tuggle starting in 1977, took a break, then returned when the soap was online last year.

He was also the husband of actress Christine Baranski since 1983. They have two grown daughters and a new grandchild. Cowles was also heir to the Cowles Publishing fortune, which produced LOOK magazine a long time ago. (It was a beloved competitor to LIFE.)

Cowles was a breakout young star in key movies like “Slapshot” and “The Friends of Eddie Coyle.” He starred on Broadway in Edward Albee’s “Malcolm” in 1966, and also appeared in Israel Horovitz’s break through one act play “The Indian Wants the Bronx” in 1968 with Al Pacino and the late John Cazale.

On a personal note: Christine Baranski, just about the nicest and most popular actress in New York, is often at movie and theater premieres. Her husband, she often said, was happy to stay at home in Connecticut. I often asked after him, remembering him fondly from “AMC” as a riveting presence. As Billy Clyde, he was scary and funny. Christine always glows when she talks about him. They have such a nice family. Condolences…