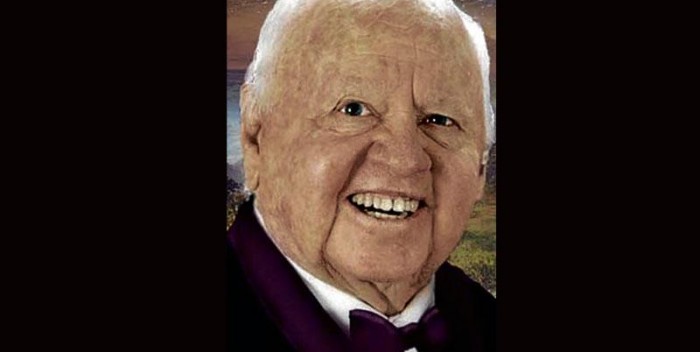 Mickey Rooney is dead, and I am very sorry. Just four weeks ago at the Vanity Fair Oscar party, Mickey’s son and daughter in law brought him by wheelchair and propped him up on a couch. Mickey didn’t look well. He looked terrible in fact. We spoke for a few minutes, or rather, he listened. I’d known Mickey and his wife Jan for years. I was surprised to learn on Oscar night, from Mickey’s daughter-in-law, that after 30 years Jan was gone. Somehow, they’d become divorced and Mickey was now living with his son and the daughter in law. I have no doubt this contributed to Mickey’s rapid decline. He loved Jan, and they had had a ball together.

I have no idea where Jan is now. 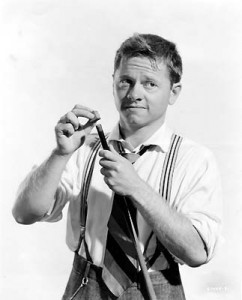 Mickey was a bon vivant, a raconteur, and a lover of the ladies. He was married 8 times, and that was just for show. He always a gleam in his eye, a sparkle. He’d been the biggest movie star in the world.  Imagine that he’d fought Frank Sinatra for Ava Gardner. He was adored by Judy Garland. As Andy Hardy in his early movies– what were really forerunners of a sitcom series–Mickey charmed every girl, charmed his fictional elderly father, Judge Hardy, and everyone around him. He had what they used to call a “winning way.” No one could say ‘no’ to him.

For years I’d see Mickey and Jan on the red carpet at the Oscars. Then one year I didn’t. I was concerned, and called his manager. A few minutes later, Mickey called. We caught up, Jan got on the phone, they told me all about performing at the one year Michael Jackson anniversary event at the Beverly Hilton.

While we chatted, my mother called in on call waiting. I told Mickey and Jan it was her birthday. They said, almost in unison, “Put her on! We’ll sing to her!” Both of my parents got on the line, and Mickey and Jan– who had a little song and dance act, just blew them away. It was surreal, and so much fun. And they really meant it with all their hearts.

I don’t know what’s become of Jan. If anyone does, they should send a message through this column. I will really miss Mickey. He was a last link to real Hollywood. He really ‘got’ it, too. He’d been up, and he’d been down. And he’d been up again. He knew that it was all fleeting. But once, he was king.

By the way, two things saved Mickey and prolonged, or resuscitated his career. First he starred in Francis Ford Coppola’s “The Black Stallion” in the late 70s. Then he became a Broadway star with Ann Miller in “Sugar Babies.” He was a master of reinvention. He knew that if you wanted to stick around, you had to keep coming up with new stuff. It’s a good lesson for everyone.

Here’s all of “Love Laughs at Andy Hardy: