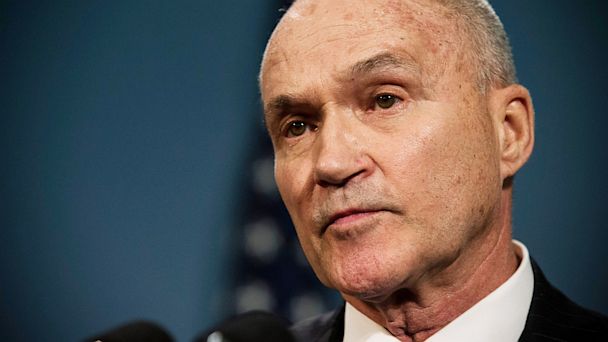 They’re coming and going at ABC News: the network news department has hired Ray Kelly, former New York City Police Commissioner, to be a consultant. Kelly’s going to be all over the place at ABC. TV is in his blood: his son, Greg Kelly, co-anchors the high rated Fox 5 morning show here in New York with Rosanna Scotto. In fact, “Good Day New York” has been beating both ABC’s “Good Morning America” and “Today” in local ratings. The Kelly dinner table should be hot stuff now!

At the same time, my old friend Cynthia McFadden is leaving “Nightline” and ABC News for NBC. She’ll be chief legal correspondent and a regular on all the news programming. Cynthia has been with ABC for 20 years. But with “Nightline” now on against Seth Meyers, and well after Jimmy Kimmel, Cynthia probably wanted to be seen by people who were awake. Poor “Nightline.” Anyway, it’s NBC’s gain as Cynthia is multi-talented and one of the hardest working journalists anywhere.

PS New York is a safer place because of Ray Kelly. Now ABC will be murder free too!