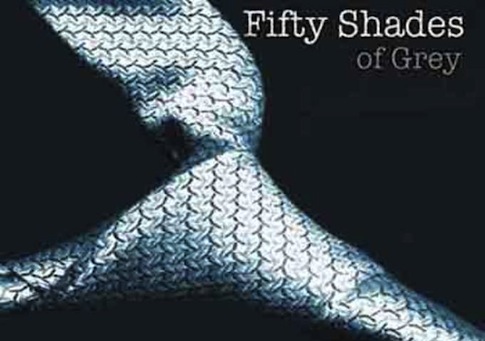 I didn’t expect the Royal Shakespeare Company to star in the movie version of “Fifty Shades of Grey.” But still… the cast of the film adapted from the nearly unreadable books by E.L. James has turned out to be astonishingly weird.

For the most part, “Fifty Shades” will come with a large cast nobodies and one Oscar winner. The latter is Marcia Gay Harden, the brilliant American actress who won an Academy Award for her role of Lee Krasner in “Pollock.” You can’t blame her. Harden has mouths to feed. Lately she’s been taking payday roles. But then watch her on “The Newsroom” from last season and see her true talents. Harden is playing the mother of main character Christian Grey.

The only other sort of real actress in the movie is Jennifer Ehle, a fine British actress and daughter of Rosemary Harris. Ehle is also playing someone’s mother.

Dakota Johnson is the female lead. She’s the promising but untested actress daughter of Melanie Griffith and Don Johnson. “Fifty Shades of Grey” will either be a stepping stone or an albatross.

None of these women are superstars. But compared to the men and the one other woman in the main cast, they might as well be on Mount Rushmore.

Rita Ora is some kind of British celebrity singer who appears on UK competition shows. She’s known for being a celebrity and not a singer.

The men are not exactly Daniel Day Lewis. Lead actor Jamie Dornan is an underwear model. Luke Grimes, Dylan Neal, Max Martini, Victor Rasuk all come from broadcast and syndicated TV. Grimes was in one of the worst movies no one ever saw– “Shit Year,” with Ellen Barkin. They’re probably all nice guys. But stars? Not exactly.

Did no one want to be in this movie? Probably not. It has “Mommie Dearest” written all over it. How can it not become a kitschy cult artifact?

On top of the situation with the actors, here’s a new twist: producer Michael deLuca has taken a job with Sony as the new head of production. By the time “Fifty Shades” hits theaters, deLuca will be long distanced from it and knee deep in Spider Man and James Bond movies. That’s called survival. deLuca doesn’t want to be handcuffed to the outcome of “Fifty Shades of Grey.” I don’t blame him.