Jay Z’s Shawn Carter Scholarship Foundation was a little stingy last year about giving scholarships to students. The Foundation took in $968,300 in donations in 2011-12. But it gave away only 141,357 in scholarships. The Foundation even lost money according to its Form 990 tax filing on its sole charity event. They finished $175,629 in the red from their Carnival at Pier 54. The tax filing doesn’t give details of where revenue came from or where it went. 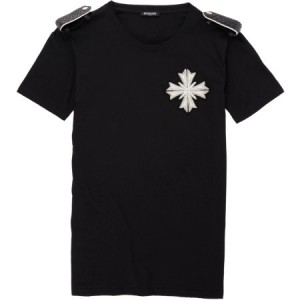 Maybe to give the Foundation a little push, Carter has curated a holiday sale that starts today at Barney’s. Through January 4th the store is donating 100% of proceeds from the sale of items Jay Z has picked out especially for his fans. They include two watches (one is $34,000, the other only $18k), $3,000 leather boxing shorts,  and a $700 cashmere ski mask perfect for bank robberies in Gstaad this winter.

There are also Balmain T Shirts for a thousand dollars apiece. They are made from a rare material called Cotton. And they have either lambskin or python epaulets. (Not epithets. That was just poor people cursing in the background.)

Now let’s just hope Barney’s doesn’t arrest anyone if they try to buy this stuff!