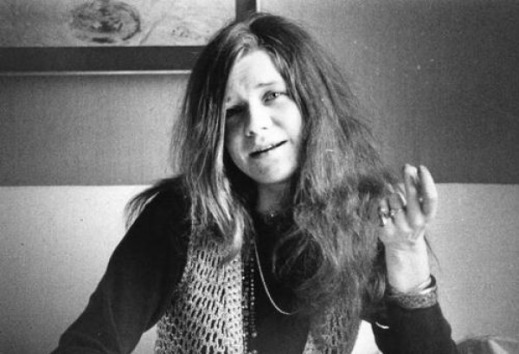 The great and legendary Janis Joplin was just 27 when she died in 1971. That was FORTY TWO years ago. I guess in that time no one thought to give her a star on the Hollywood Walk of Fame. Now, at long last, she’s getting one. Janis will be honored on November 4th. Her siblings, Laura and Michael Joplin, will accept the award. Kris Kristofferson will be there, and he’ll play “Me and Bobby McGee”– the song he wrote with which Janis hit number 1. Clive Davis, who signed Janis to Columbia, and memorably rocked out to her live performance in DA Pennebaker’s “Monterey Pop,” will also be on hand.

Janis Joplin did not have a clothing line or an endorsement deal, by the way. She didn’t pose naked on a wrecking ball, dress like a meat sandwich, or desecrate historical landmarks like the Anne Frank house.

Do you think any of the women on the charts now can do this? Nope.