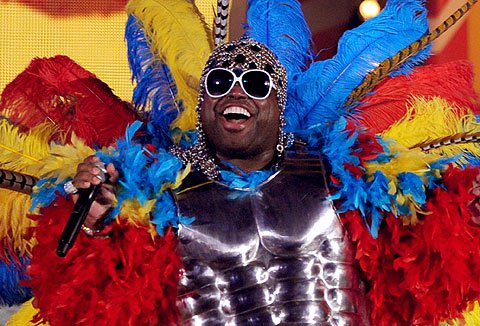 Cee Lo Green is in trouble, but he’s innocent til proven guilty. He will be arraigned at 4:30pm EST in Los Angeles on a charge of giving Ecstasy to a young woman. Note in the following press release that prosecutors decided not to file a rape charge.

Green, whose real name is Thomas DeCarlo Callaway, was charged with one felony count of furnishing a controlled substance in case BA417464. He is expected to be arraigned at the Foltz Criminal Justice Center, Department 30, sometime after 1:30 p.m. Prosecutors asked that his bail be set at $30,000.

Green, 39 (dob 5-30-75), allegedly slipped ecstasy to a 33-year-old female while the two were dining at a downtown Los Angeles restaurant sometime between July 13 and July 14, 2012. The two later went back to the woman’s hotel. Prosecutors declined to file a charge of rape of an intoxicated person, citing insufficient evidence.

If convicted, Green faces up to four years in state prison.