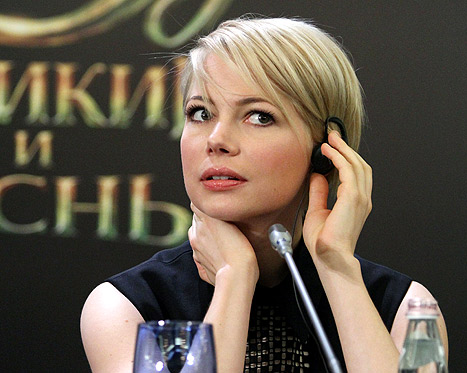 Circle April 24, 2014: Alan Cumming is returning to Broadway in “Cabaret” directed by Sam Mendes and choreographed by Rob Marshall. His Sally will be movie star Michele Williams, so good in “My Week with Marilyn” and “Blue Valentine” and even “Dawson’s Creek.” Cummings, Mendes, and Marshall all did this 15 years ago in the same spot, the Roundabout Theater in Studio 54. Adding Williams is the coup de grace. Best Revival of a Musical? It will be hard to beat. You know that Liza Minnelli and Joel Grey will be front and center on opening night. All the technical people from 1998 are returning, too, including William Ivey Long doing costumes.

Alan Cumming said in a press release: “I first played the Emcee in London 20 years ago, and then again five years later on Broadway.  I was in a totally different place in my life on both those occasions, and I am certainly a different man today.  But one thing hasn’t changed: There are still people in this world who want to oppress and destroy us for being different, and Cabaret is both a celebration of diversity and a reminder of the dangers of complacency.  It couldn’t be more relevant and I couldn’t be more excited to be a part of it.”

My own PS: this past season the long knives were out for Hollywood types who came to Broadway. Kids, Michelle Williams is serious. She’s very, very talented a lovely person. I hope she gets a fair shake.