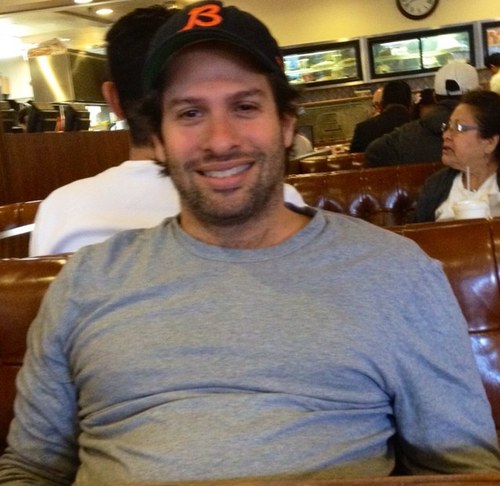 Bryan Zuriff, the executive producer of the Showtime hit “Ray Donovan,” pleaded guilty today in a high-stakes illegal sports gambling business run by the mob. The announcement was just made by Preet Bharara, US Attorney in the Southern District of New York. Zuriff  will pay a $500,000 fine and could be sentenced to up to five years in prison in November.

Zuriff also produced Tobey Maguire’s still born dark comedy “The Details” and Oren Moverman’s “The Messenger.” It’s not the first time Maguire’s name has turned up in a major gambling sting. Like pal Leonardo DiCaprio, Maguire is close pals with Helly Nahmad, also recently indicted for being part of an international gambling scheme. Nahmad is awaiting trial. Zuriff is part of the same group as Nahmad.

Zuriff, who has a short Hollywood history, lives in a 6,500 sq foot house in Brentwood, California– the same mansion used for Judd Apatow’s “Knocked Up” and “This is 40.”

For a short time DiCaprio distanced himself from Nahmad after his arrest spring. But sources in the Hamptons spotted the pair, with a posse of friends, making the scene over July 4th weekend. These people are not DiCaprio’s first friends to wind up in trouble with the government. In 2000, DiCaprio’s pal Dana Giacchetto went to jail after he bilked celebrities and New York locals out of at least $14 million.

ZURIFF was charged in April 2013 in a 34-defendant indictment charging members and associates of two Russian-American organized crime enterprises with various crimes, including racketeering, money laundering, extortion, and various gambling offenses. ZURIFF is the first defendant in the case to plead guilty.

According to the Indictment, other documents filed in this case, statements made at various conferences and at the guilty plea, and other information in the public record:

ZURIFF operated his own illegal gambling business that catered to gamblers seeking to bet on the outcome of various sporting events (commonly referred to as a “sportsbook”) in Los Angeles, California. He also assisted Hillel Nahmad, Illya Trincher, and others in operating their own high-stakes sportsbook in New York that catered to millionaires and billionaires. Those clients typically placed bets online through various accounts maintained on gambling websites that were operating illegally in the United States. Tens of millions of dollars in bets were placed through those online accounts each year.

ZURIFF, 44, of Brentwood, California, faces a maximum sentence of five years in prison and three years of supervised release. As part of his guilty plea, he agreed to forfeit $500,000 to the United States. ZURIFF is scheduled to be sentenced by Judge Furman on November 25, 2013 at 3 p.m.

The charges against Hillel Nahmad, Illya Trincher, and the other 31 defendants in this case are merely accusations, and the defendants are presumed innocent unless and until proven guilty.

The case is being prosecuted by the Office’s Organized Crime Unit. Assistant U.S. Attorneys Harris M. Fischman, Joshua A. Naftalis, Peter Skinner, and Kristy J. Greenberg of the Organized Crime Unit are in charge of the prosecution. Assistant U.S. Attorney Alexander Wilson of the Office’s Asset Forfeiture Unit is responsible for the forfeiture aspects of the case.