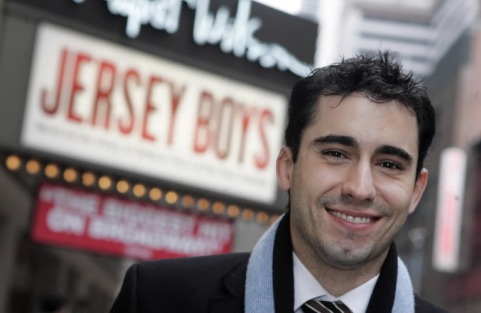 John Lloyd Young, currently appearing in “Jersey Boys”as Frankie Valli, will play the role in the big screen movie to be directed by Clint Eastwood. I’ve confirmed with Young’s manager Dona Miller that the deal is being done but hasn’t been completed yet. Young’s other efforts to branch out didn’t go as well, possibly because he had the wrong people guiding him. But Young is back with a bang right now. He just played the Carlyle Hotel, and has a new album out on iTunes. Miller said that “Jersey Boys” movie producer Graham King has seen Young perform in the show seven times. And Clint Eastwood saw him about six weeks ago, cinching the deal. Fans of Young’s and the show will be very happy to hear this news. I just hope there’s some way Clint can work in cameos by Valli and songwriter Bob Gaudio.