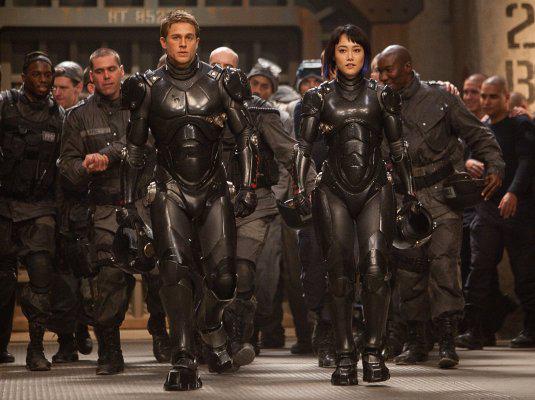 “After Earth.” “White House Down.” “The Lone Ranger.” “The Internship.” It hasn’t been a great summer in the US for big studio tentpole movies. Four flops right there. And now a fifth may be on the way. Despite good reviews and a high (85%) rating from critics on RottenTomatoes.com, “Pacific Rim” is not looking so good for the box office this weekend.

Tracking hasn’t been so good, confined mostly to fan boys who want to see Guillermo del Toro’s new endeavor. The sci- fi sort of neo- “Iron Man” flick has no stars per se in its cast, just affable Charlie Hunnam from TV’s “Sons of Anarchy.”

On top of that, Legendary Pictures, run by Thomas Tull, a major financier for Warner Bros. with Batman and Superman movies, is leaving for Universal Pictures ASAP. Legendary has had hits and big misses, like the recent “Jack the Giant Slayer.” “Pacific Rim” could be a parting stink bomb for Warner’s.

Tull specializes in roll of the dice, $200 million movies. They either hit home runs, or blow up like a skyscraper demolition. “Pacific Rim,” of course, could surprise everyone a la “World War Z.” That movie had bad buzz, turned out to be very good, and became a huge success. But I’ve been hearing that audiences are not so keen on “Pacific Rim,” despite the reviews. And it doesn’t have Brad Pitt, or his tireless campaigning.