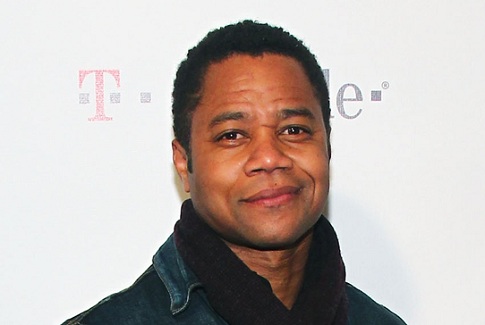 Show him the money: Cuba Gooding, Jr. is changing agents. After a long run with CAA, Gooding today is joining ICM Partners, where the legendary Boaty Boatwright and the intrepid Adam Schweitzer will be guiding his career. Gooding won an Oscar for Best Supporting Actor in 1997 for “Jerry Maguire.” His memorable role as football player Rod Tidwell featured the now classic line “Show me the money.”

Flash forward to 2013, the 45 year old Gooding is on Broadway in the hit revival “The Trip to Bountiful” with Tony winner Cicely Tyson and gorgeous Vanessa Williams. In August Gooding stars in Lee Daniels’ “The Butler,” in which he plays an integral role alongside Forest Whitaker and Oprah Winfrey. Is he hot right now? I’d say so. And word is Gooding is so happy in New York, he’s considering a move to the East Coast. His eldest son starts at a top university here this fall.

PS Did you know that Gooding got the part of Rod in “Jerry Maguire” after a reading with Robin Williams, not Tom Cruise? Williams did the reading as a favor. And Gooding’s break came when two other actors couldn’t or didn’t show up.