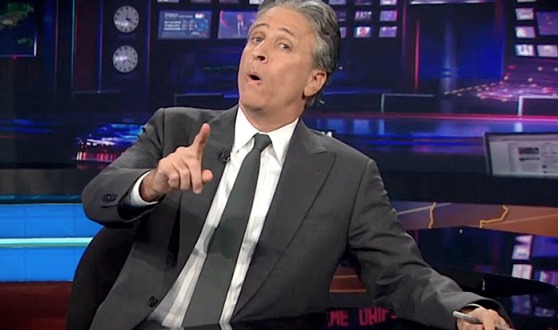 Jon Stewart appeared last night on Bassem Youseff’s TV show in Cairo, Egypt. This may actually bring peace to the middle East. An American Jewish TV host on an Arab show. The audience, which clearly knows Stewart from cable and the internet, was ecstatic. The two discussed many political subjects and were also extremely funny. Bassem explained that Cairo’s extreme traffic is “our first line of defense.” It’s worth watching the whole show to the end because there’s a cute capper. Stewart is on his 12 week break from The Daily Show so can he direct his movie, “Rosewater” starring Gael Garcia Bernal as Maziar Bahari.