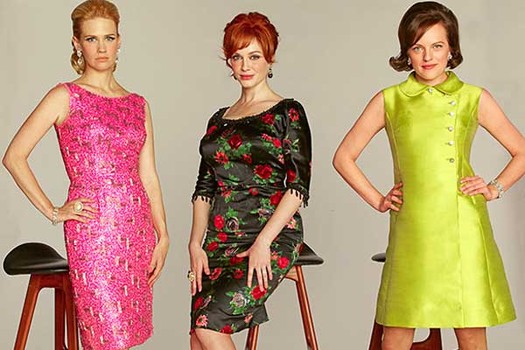 Last night in Hollywood: Women In Film held their Crystal + Lucy Awards at the Beverly Hilton.  Jenna Elfman deftly hosted the gala, which celebrated WIF’s 40th anniversary.  Jenna quipped, “Forty is the new kick ass.  We know that for actresses there still is work to do done.  We’re always cast as the love interest, now we have to compete with Matt Damon.”

The dynamic evening though was still all about lady power.  The event honored some of the industry’s powerful women and one man, no less then George Lucas.

Kathleen Kennedy, who now runs George Lucas’s empire, gave The Norma Zarky Humanitarian Award to Lucas.  George said that, “This award will have a prominent place in my house, it’s important to me.  My sisters took care of and trained me.  Then my daughters kept me going and keep me honest.  Now my soon to be wife Mellody (Financial Analyst Mellody Hobson) is definitely qualified to keep me in my place.  I like being surrounded by women; it’s more comfortable and less combative.”

George also revealed his daughter Katie, who was his date for the evening, is on her way to also becoming a filmmaker. “Katie is now following in my footsteps. She was inspired by Sofia Coppola who followed in her fathers.  I know it’s a lot harder for women, in the end I know you will win. ”

Sofia Coppola followed by accepting her Dorothy Arzner Directors Award.  Sofia said, “I’m proud to now have a body of work that expresses my point of view.  I hope this award will help other women express theirs.”

The witty Holly Hunter then presented the ladies of “Mad Men” their award.  The Oscar winner joked: “For six seasons the women of Mad Men have held their own against those combative advertising men.  They even got to drink through their pregnancies and take handfuls of estrogen.  Hell, without the women, those men would be nothing but masturbators.”

After the laughter died down, Elisabeth Moss, who plays Peggy, spoke for the group said that, “Mad Men has taken an unintentional political stance by simply treating women like human beings.  Our show is a truly special and spirited place in Hollywood. ” Jessica Pare, January Jones and Kiernan Shipka (Christina Hendricks was shooting a film) then thanked the women producers and crew members who make the show happen.  Moss ended their speech with, “We hope to continue to do you all proud.”

Hailee Steinfeld also received the Max Mara Face of the Future Award, Filmmaker Rachel Morrison got the Kodak Vision Award and finally Laura Linney was awarded the Crystal Award for Excellence in Film.  All in all, a wonderful night honoring some of Hollywood’s  most talented ladies.