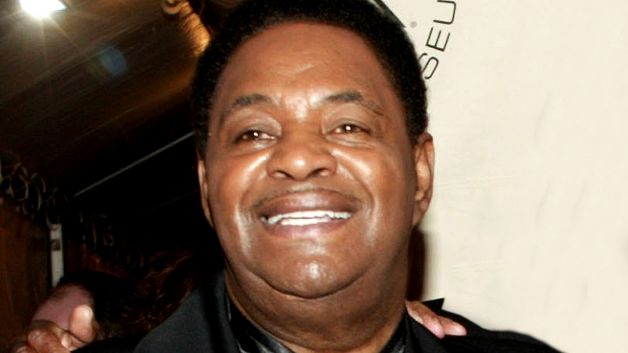 I am so sorry to report that Marvin Junior, the amazing and outstanding lead  singer of the Dells, has died at age 77. His voice graced the Dells’ many hits over 50 years including the extended 1969 hit version of “Stay in My Corner”– which you must listen to in its whole version below– as well as “Give Your Baby a Standing Ovation” and so many more.

I met Marvin in 1999 when we were shooting “Only the Strong Survive.” His ridiculously short sighted partner, Charles Barksdale, wouldn’t let film the Dells because he was convinced Robert Townsend had ripped them off for his feature film, “The Five Heartbeats.” And so the Dells weren’t included in our doc, but we shot The Chi Lites instead. Marvin Junior was one of my heroes, and I got to see him perform a few times. The Dells were only included in the Rock and Roll Hall of Fame very late because Seymour Stein insisted– they’d been passed over many times.

But they were the longest running group with all their original members. The amazing thing about Marvin is that even on the Dells’ last recording, circa 2002 or so, he still sounded tip top. His voice was unique as Levi Stubbs’, and made the Dells the pre-eminent group to come out of Chicago.

Listen to this piece of heaven. Marvin, you will be sorely missed and never forgotten:

“Stay in My Corner” begins at 12:45. Around 16;50 Marvin sings the most extraordinary note. Or watch the whole thing: