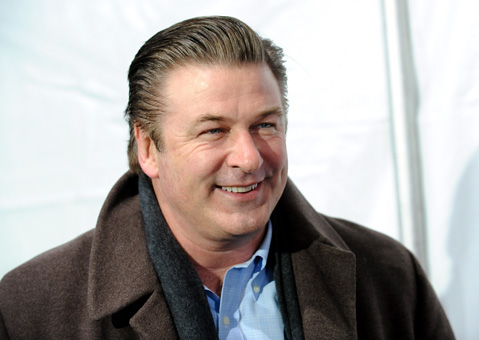 Alec Baldwin said something this morning that pissed off pregnant wife Hilaria. It either had to do with NBA player Jason Collins’ announcement that he’s gay, or it was something about Broadway, the Tony nominations and Nathan Lane as “The Nance,” David Hyde Pierce in “Vanya and Sonya and Masha and Spike.” They’re the two gay nominees in a category that Baldwin didn’t get cited in– Best Actor in a Play. Certainly it wasn’t about his fellow cast member Tom Sturridge, who was nominated in Lead Actor from Baldwin’s “Orphans.” Sturridge has a nine month old daughter with fiancee actress Sienna Miller. And another day begins!

After a benign comment this morning, my wife called me a HOWM.#homophobicoldwhiteman