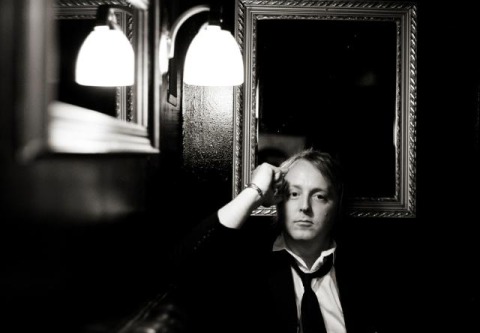 James McCartney, the 35 year old musician son of Paul and (the late) Linda, is hitting the road. Tonight he starts a 47 date tour in the US to promote his first full album. The collection, called “Me,” will be released on May 21st on the very small and independent Engine Company Records from downtown New York. James has already released two EPs and had a small tour in 2011 that brought him to New York. The tour begins tonight in Santa Barbara and looks pretty tiring–there’s barely a day off, a real city-after-city schedule with a lot of bus travel. But I liked James’s music when he was here a couple of years ago, and he’s not averse to hard work. The hardest thing of all in pop music is being the son or daughter of someone famous in the business. Kudos to him for perseverance. It always pays off.