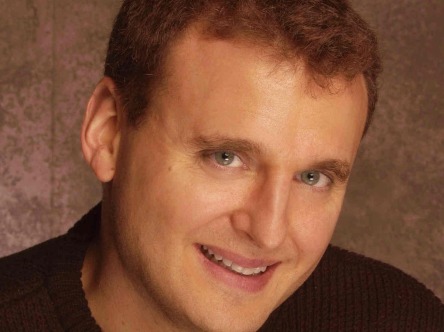 Phil Rosenthal will be center stage this Sunday at The Writers Guild of America, West (WGAW) West Coast ceremony this Sunday in downtown LA at L.A. Live.  Phil will be feted with the Valentine Davies Award in recognition of his humanitarian efforts on behalf of writers.
Phil has long been one of Hollywood’s most talented writer/producer/director powerhouses, as well as one of it’s nicest guys.  The multiple Emmy Award winner created the mega hit “Everybody Loves Raymond,” as well as earning a Peabody Award for co-writing the widely watched 9/11 telethon, “America: A Tribute To Heroes.”

Phil and his equally talented actress-wife Monica Horan are also philanthropists. They are major patrons of Inner City Arts, which serves at-risk students and schools in LA, as well as various organizations.  On the East coast, Phil funds a diversity program at his alma mater, Hofstra University.

LEAH SYDNEY chatted with the very engaging Rosenthal, who’s also known as a consummate host of Sunday screening and pizza parties for friends and family.

Showbiz411: Phil, you’re getting this iconic award, that legends like Norman Lear, Larry Gelbart, Carl Reiner and more have gotten, yet you’re a relative youngster. How does it feel?

Phil:  I think what the Guild is telling me is that I’m very old.  And they’re not wrong, I’ve always said I’m 85 inside.  The outside now is catching up.

Showbiz411: You’re a well-known foodie.  We know you worked on a traveling food show, where you go to restaurants around the world and you have other projects in the pipeline.  Tell us about that.Phil: Yes. We just shot an episode with Thomas Keller and I eating our way through London. We still haven’t named it, but when I told my brother about the show, he said, “Oh,what are you going to call it, ‘The Lucky Bastard’? I also have a Broadway show I’m writing, a couple of screenplays out there we’re getting financing for that I will direct, and looking forward to directing some TV projects as well as some commercials.”

Showbiz411: You’ve worked with both President Clinton and President Obama.  Not bad for a boy from Rockland County!

Phil:  I’m proud to have written jokes for both of them.  I directed President Clinton in the White House Correspondents Dinner video called, “The Final Days,” which you can find online. Presidents Clinton and Obama are both brilliant and charming, and understand comedy in a way that many actors don’t.  I would even go so far to say that their sense of humor is part of what makes them so popular, as it is with most people.   I think that you marry who you’re going to marry based on having a similar sense of humor.  I owe everything to my wife Monica Horan, including this award.

Showbiz411: What are some of your favorite comedy shows out there?

Phil: I love Stephen Colbert, he’s the genius of the medium.  I also like Billy Eichner, from ‘Billy On The Street.’  ‘Girls’ and ‘Enlightened’ I think are the best sitcoms on TV right now.  I’m also very fond of ‘Mindy,’ and her ‘Project.’

Showbiz411: This upcoming award so proves that you are a major force in comedy in Hollywood.

Phil:  If that’s true, I promise to use my powers for good!