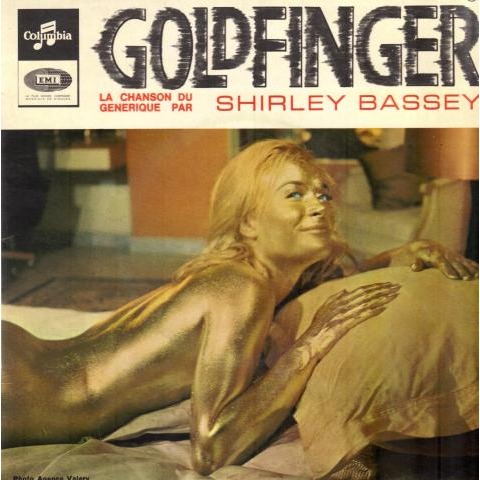 Okay, this is so cool: Dame Shirley Bassey will be performing “Goldfinger” on the Oscars. For some reason, she’s never been on the Academy Awards show. But this is part of the James Bond 50th anniversary tribute.

Bassey will join Adele, who will sing her James Bond theme, “Skyfall,” the fourth Bond song ever nominated for an Oscar and possibly the first to win the prize . I mean, come on, this plus Barbra Streisand, the movie musicals tribute– it’s going to be a great night. Adele, Barbra, Shirley–a diva trifecta!

“We are thrilled to welcome the legendary Dame Shirley Bassey to our Oscar show,” Oscar producers Craig Zadan and Neil Meron said in a statement. “Her association with film music is world renowned and we are proud that she will be making her first Oscar appearance on our telecast.”

Meantime, Walter Ross has been announced as the conducted of the Oscar orchestra. And you know Rob Ashford is doing choreography. Announced presenters include Meryl Streep, Jean DuJardin, Octavia Spencer, Christopher Plummer, the cast of “The Avengers” and Daniel Radcliffe. Of course, Seth MacFarlane is hosting.

I hope the Oscar show is four hours long and comes with a pillow, blanket, and snacks. Why not? This is shaping up as the all time Oscar blow out. There are so many great announcements from the Academy, I keep expecting one that the show will be in 3D.