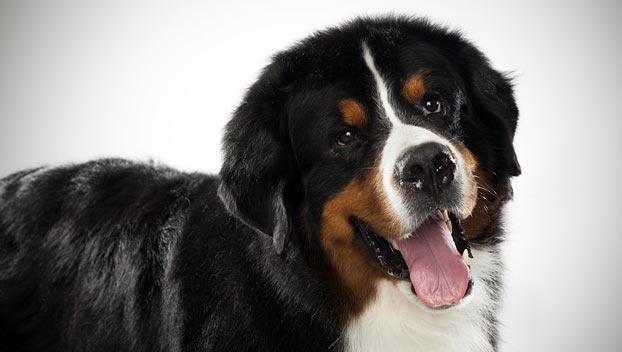 R&B star Frank Ocean- nominated for Grammy Awards this year for his album “Channel Orange”–wound up in a brawl last night with Chris Brown, sometime boyfriend of Rihanna who famously beat her up in February 2009. Both sides are claiming the other started it, although Brown has the much worse reputation and not much sympathy anywhere. Ocean Tweeted this morning that he wished his Bernese mountain dog, Everest, had been with him. This is a picture of such a dog. I am really glad he doesn’t look Rihanna after her fight with Brown. Ocean says he cut his finger and now won’t be able to play with two fingers at the Grammys. He’ll probably win Album of the Year for “Channel Orange.” Once again, as in 2009, Brown will a Grammy pariah.