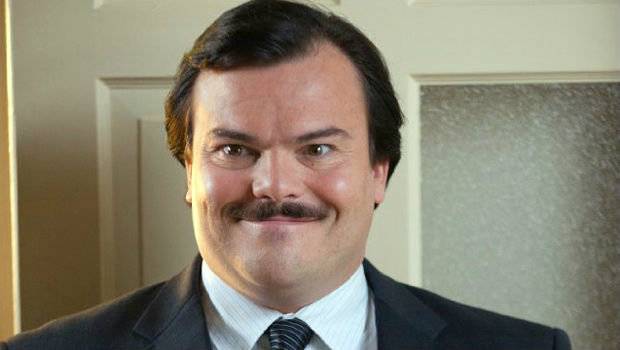 Jack Black, one of the nice guys, was toasted at a reception last night at the Four Seasons in BeverlyHills for his comedy, “Bernie,” nominated for a Critics Choice Award. Two headlines–first, I asked Jack about “School of Rock,” his classic film that never had a sequel. He told me: “I have to be careful about that. We’d need a great script. That movie will be on my tombstone, so a sequel would have to be amazing.”

Second: among the guests were many Academy voters including Bud Cort, best known forever as the star of “Harold and Maude.” Cort brought Jack a terrific Christmas gift: the largest ever Whitman’s Sampler of candy anyone has ever seen. “We could try them now!” Jack exclaimed, but of course there was already plenty of food including many mouth watering desserts. The Whitman’s Sampler is headed to the Black family home.

Meantime, the reception was chockablock with interesting people we only get to see during Oscar season. Among them was Piper Laurie, Terry Moore (once the girlfriend of Howard Hughes, and looking now like several million bucks), our pal Robert Forster, plus Brad Douriff, Michael Nouri, Francine York (who count the old Batman TV show in her credits), Margaret Blye, and Tommy Cook.

Some names you may not know, but the Academy is almost 6000 strong. The largest segment is actors. And the majority of them are older, and not completely famous, but hard working veterans who’ve been in Hollywood a long time.

So what do they like? I took some unofficial polls last night, asking people to give one word responses to the names of films and actors. Some observations: everyone loves Jennifer Lawrence, Daniel Day Lewis, Hugh Jackman, Anne Hathaway. Bradley Cooper has a big fan base.

Some people think “Lincoln” is dull during its first hour. “Les Miz” is a hit in every category. “Zero Dark Thirty” –everyone objected to the waterboarding scene, which was interesting. “Django” got high marks. So did “Beasts of the Southern Wild.” The whole group like “Argo” but no particular actor in it. Denzel Washington in “Flight” has a lot of support but he needs more of a push.