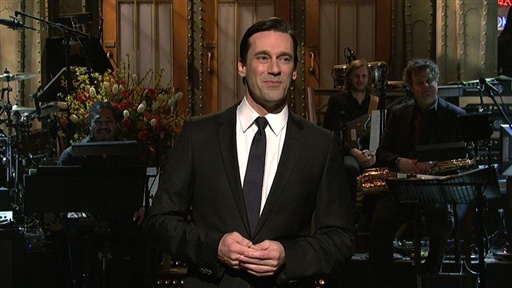 Jon Hamm has made his move. The award winning star of “Mad Men” has signed with Creative Artists Agency after his long time talent agent, Carol Bodie, was dropped from ICM Partners. In a change that will sting for a long time, Hamm “ankled” ICM yesterday for CAA. Now that he’s filming the penultimate season of “Mad Men,” Hamm has got to make preparations for his big screen movie career. And trust me, he will have one. If anyone in a TV series was set for movie stardom, it’s Hamm. He’s already done a ton of extra curricular work to get ready, from movies like “The Town” to constant work with “30 Rock,” “Saturday Night Live,” Tina Fey, and Kristen Wiig. In the last year, Hamm co-starred in girlfriend Jennifer Westfeldt’s terrific comedy, “Friends with Kids.” He recently finished playing Larry David’s nemesis in David’s HBO movie, as well. By the time “Mad Men” finishes in 2014, Hamm will have made a smooth transition from Don Draper to work as a leading man.