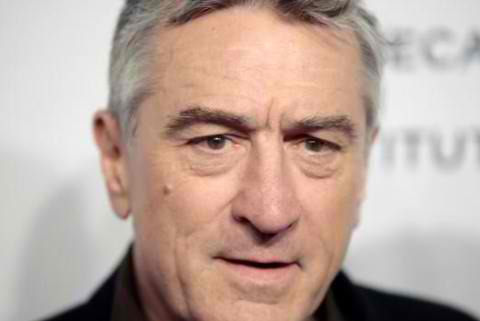 Robert DeNiro has never stopped making movies and being in the spotlight. But his role in the incredibly entertaining “Silver Linings Playbook” will be judged as a “comeback.” Let’s call it a return to form instead. DeNiro has often been accused of making films not up to his standards. Whether it the “Meet the Parents” comedies, or any number of formulaic thrillers. His last great dramatic role, I thought, was in the underappreciated “Ronin” (1998).

But now he’s back as Pat Solatano Sr., Philadelphia Eagles fanatic, part-time bookie, and father of Pat Jr., who’s bipolar, played by Bradley Cooper. He’s married (to Jacki Weaver, from “Animal Kingdom). DeNiro is sort of gobsmacked by the whole thing. In Toronto, at the end of the screening of “Silver Linings” he actually teared up. As Pat, he’s one quarter of a magical ensemble (Jennifer Lawrence filling out the other corner in the square). Toward the end of the film, DeNiro nearly steals the whole thing in a scene with Cooper when he utters with poignant urgency what will become the movie’s key line: “When life reaches out to you like this, it’s a sin if you don’t reach back.”

That’s it: DeNiro will be nominated for Best Supporting Actor and may indeed win. He was still startled by this compliment last night at the Ziegfeld premiere of “Silver Linings,” walking the red carpet with wife Grace Hightower, coming back to take pictures with Cooper and director David O. Russell. Still, DeNiro was smiling. How would he feel if all this unfurled? “We’ll see, we’ll see,” he said, which is a lot for DeNiro. Later, he actually spoke to the audience before the film started and welcomed them.

DeNiro isn’t the only one who’s happy. Bradley Cooper was thrilled, too. James Lipton, of the Actors Studio, arrived at the party at the Royalton Hotel with his wife to congratulate him. Cooper is a graduate of the Actors Studio, and this is really the first film where he’s been able to show off his skills. Lipton, his former dean, is thrilled.

Cooper gave the Liptons his seats at the Royalton as he welcomed his friend, actress Patricia Clarkson. They were in “The Elephant Man” last summer at the Williamstown Theatre in Massachusetts. They’ll come to Broadway in the spring of 2014, they told me. Some other guests included Oliver Platt, plus Howard Stern and wife Beth Ostrosky.

It was a reunion of sorts since Beth, when she was starting out, had a small role in David O. Russell’s “Flirting with Disaster.” The director waited on the red carpet for the couple, there was a nice acknowledgement, and Russell offered to shake hands with the radio personality.But germaphobe Howard wouldn’t do it, and gave Russell a fist bump instead.

Also at the premiere: costars Weaver, Chris Tucker, Shea Wigham, Julia Stiles, John Ortiz, Anupam Kher (who came all the way from Mumbai and told Lipton he shows his acting students “Inside the Actor’s Studio”), Brea Bee, Matthew Russell (the director’s terrific 18 year old son) and our old pal Paulie Herman, who is DeNiro’s longtime friend and business associate. I’ve known Paulie for more than 25 years. He used to run the fabled Columbus Restaurant on the Upper West Side. Now he and DeNiro own Ago in West Hollywood. Paulie was in “GoodFellas” and has been in a bunch of movies. He’s got his biggest role ever in “Silver Linings” and he is memorable. Bravo!