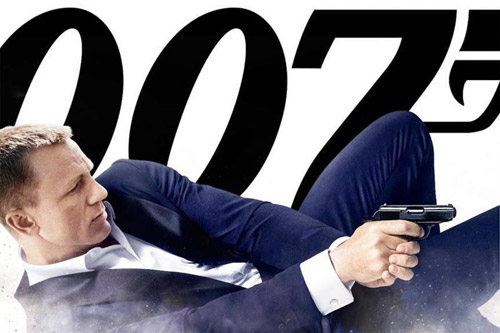 The Russians love James Bond. So do the Brazilians, French and South Koreans. And of course the Brits. “Skyfall” took in $77 million on its opening weekend abroad, with $32 million of it from Great Britain. The James Bond thriller opens in the US on November 9th,

In between there will be many more countries all clamoring to see Daniel Craig, his Bond women, plus Judi Dench and Albert Finney as well as Adele’s theme song put in context. On Thursday this week, if aliens don’t invade and New York isn’t hobbled by IMAX like disaster, “Skyfall” will get a big premiere at the Ziegfeld as a fundraiser for the Tribeca Film Institute.

November 1st is actually a clash of the premieres as Jessica Chastain opens that night in “The Heiress” on Broadway– a very very hot ticket. All other events that night in entertainment will surely be dwarfed by this World Series of premieres!