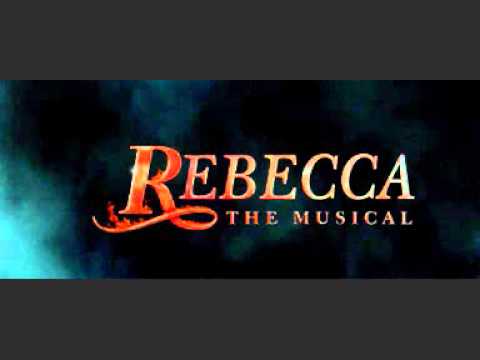 Mark Hotton has been arrested and will be arraigned this morning in New York in the scam surrounding the Broadway musical “Rebecca.” The government says Hotton faked the investor named “Paul Abrams” to Broadway producer Ben Sprecher. Sprecher thought he was getting $4.5 million from “Abrams,” who he never met or spoke to. “Rebecca,” a bad show anyway, is now dead, which is just as well. Gerry Shargell is representing Hotton. He’s who you go to when things look bleak; Shargell always has a way of limiting the bad things that can happen to a guilty looking defendant.

Here’s the press release from the US Attorney’s office:

Preet Bharara, the United States Attorney for the Southern District of New York, and Mary E. Galligan, the Acting Assistant Director-in-Charge of the New York Office of the Federal Bureau of Investigation (“FBI”), today announced the unsealing of a Complaint charging Long Island businessman MARK HOTTON with defrauding the producers of the Broadway show “Rebecca – The Musical” (“Rebecca”) by fabricating the prospect of $4.5 million in financing commitments and the possibility of a $1.1 million loan, so that they would pay him, and entities he controlled, more than $60,000 in fees and commissions. HOTTON is also charged with a second fraudulent scheme in which he tricked a Connecticut-based real estate company into paying him and entities he controlled $750,000 by using some of the same deceptions he employed in the “Rebecca” scheme. HOTTON was arrested this morning at his Long Island residence, and is expected to be presented in federal court in Central Islip, New York.

Manhattan U.S. Attorney Preet Bharara said: “As described in the criminal complaint, Mark Hotton perpetrated stranger-than-fiction frauds both on and off Broadway. As part of one alleged scheme, Hotton concocted a cast of characters to invest in a major musical – investors who turned out to be deep-pocketed phantoms. To carry out the alleged fraud, Hotton faked lives, faked companies and even staged a fake death, pretending that one imaginary investor had suddenly died from malaria. As also alleged, Hotton enlisted his same cast of invisible men to carry out a real estate scam. Ultimately, Hotton’s imagination was no match for the FBI which uncovered, with lightning speed, his alleged financial misdeeds.”

FBI Acting Assistant Director-in-Charge Galligan said: “In his alleged scheme to defraud investors, Mark Hotton wrote, directed and starred in the work of fiction he took to Broadway. He even allegedly played the supporting characters – phantom investors who existed only in fictitious emails and Hotton’s bogus assertions about them. A convincing portrayal on stage can earn you a Tony. A convincing act that fleeces a production’s backers can earn you a prison term.”

The following allegations are based on the Complaint unsealed today in Manhattan federal court:

From September 2011 to October 2012, HOTTON, a businessman and stockbroker with ties to numerous corporate entities, engaged in two separate schemes involving fictitious individuals and entities that he created in order to defraud his victims – the producers of “Rebecca,” a musical based on the novel by Daphne du Maurier, and a Connecticut-based real estate company.

The budget for “Rebecca” was between $12 million and $14 million. In January 2012, the show’s producers (the “Producers”) realized they were $4 million short of their minimum capitalization goal, and began looking for new ways to raise the money. On February 7, 2012, the Producers’ company entered into an agreement with TM Consulting, Inc., a company controlled by MARK HOTTON, in order to raise the additional funds. Under the agreement, HOTTON received a fee of $7,500, and a guarantee of 8% of any funds he raised in excess of $250,000, plus tiered percentages of “Rebecca’s net profits.”

Over the course of the next few months, HOTTON led the Producers to believe that he had secured $4.5 million from four overseas investors: “Paul Abrams,” of Hawthorne, East Victoria; “Roger Thomas,” of St. Peter Port, Guernsey; “Julian Spencer,” of Crocker Hill, Chichester, Sussex; and “Walter Timmons,” of London, United Kingdom (the “HOTTON Investors”). HOTTON provided the Producers with purported email contact information for the four men and gave them investment agreements the HOTTON Investors had purportedly signed. The Producers also received emails that supposedly came from the HOTTON Investors.

Under the terms of the agreement between HOTTON and the Producers, they paid him over $15,000 in fees and commissions between March and June 2012. In April 2012, HOTTON also demanded and was paid an additional $18,000 “advance” against his 8% commission, claiming that he needed the money to cover the costs of a purported safari he had taken with “Paul Abrams,” and Abrams’ eldest son.

When the Producers began pressing for the HOTTON Investors to wire the money they had promised to send by July 31, 2012, HOTTON orchestrated the false illness, hospitalization, and untimely “death” of one of the main HOTTON Investors, “Paul Abrams.” HOTTON then fabricated correspondence with a man named “Wexler,” who had purportedly been named the executor of the estate of “Paul Abrams,” and with whom he claimed to be meeting in England in August 2012 in an effort to ensure that the contribution to “Rebecca” was still made. However, travel records indicate that HOTTON has not left the United States since April 2012. Further, the email address used by “Wexler” is associated with a domain name that was set up and registered to HOTTON.

As it became increasingly apparent that the commitments of the HOTTON Investors would fall through, HOTTON then purported to try to broker a $1.1 million loan for the Producers, even offering up his own real estate and brokerage account as collateral for the loan. But there was no real loan or lender. Rather, HOTTON had created a second set of apparently fictional individuals and entities. He created the domain name of the title company he said could assist the Producers in obtaining the loan; invented the business, SPS Equity, that was purportedly making the loan; manufactured email correspondence with individuals, including “Gus” and “Robert Phillips” who purportedly worked for the lender; and invented a company that he said was a “commercial lending affiliate” of the bank that would facilitate his phony offer to put up collateral for the loan. HOTTON used this part of the scheme to lure the Producers into paying him and entities he controlled in excess of $35,000. This included $10,000 paid to him personally, as half of a fee for helping to broker the loan, and $23,000 paid to a bank account for the “lender,” but which was really controlled by HOTTON’s sister and administrative assistant.

Beginning in September 2011, HOTTON agreed to help the president of a Real Estate Company (the “President”) obtain financing for various business ventures. He told the President that a California-based group called “Pacific Ventures” and its affiliate, “Mezzanine Capital,” would assist in providing a $20 million loan. HOTTON provided the same email address he told the Producers in the “Rebecca” scheme was supposedly used by “Paul Abrams,” Abrams’ assistants, and “Walter Timmons” as the email address for “Pacific Ventures.” He also provided the same email address that was used by “Roger Thomas” in the “Rebecca” scheme as an email address for a contact at “Mezzanine Capital.”

In March 2012, HOTTON told the President that a third company, “CPS Equity,” would be able to process the loan, but required a $200,000 upfront fee, which the President paid. CPS Equity was the company associated with the email address used by “Paul Abrams” when communicating with “Rebecca’s Producers.” Following the initial $200,000 payment, HOTTON further instructed the President to make additional payments in order to secure the loan. The President did so, providing payments totaling $101,685.43 in May, and an additional $450,000 between May 2012 and October 2012. Some of that money was wired to the same bank account into which “Rebecca’s Producers” wired $23,000 – a bank account controlled by HOTTON’s sister and administrative assistant.

To date, the Real Estate Company has still not received any of the funding that HOTTON promised to arrange. Furthermore, HOTTON has continued to send messages to the President in connection with the scheme, and has done so as recently as October 11, 2012.

HOTTON, 46, of West Islip, New York, is charged with two counts of wire fraud. He faces a maximum term of twenty years in prison on each count.

Mr. Bharara praised the outstanding investigative work of the FBI.

This case is being handled by the Office’s Complex Frauds Unit. Assistant U.S. Attorneys Sarah E. McCallum, Edward B. Diskant, and Zachary Feingold are in charge of the prosecution.

The charges and allegations contained in the Complaint are merely accusations, and the defendant is presumed innocent unless and until proven guilty.