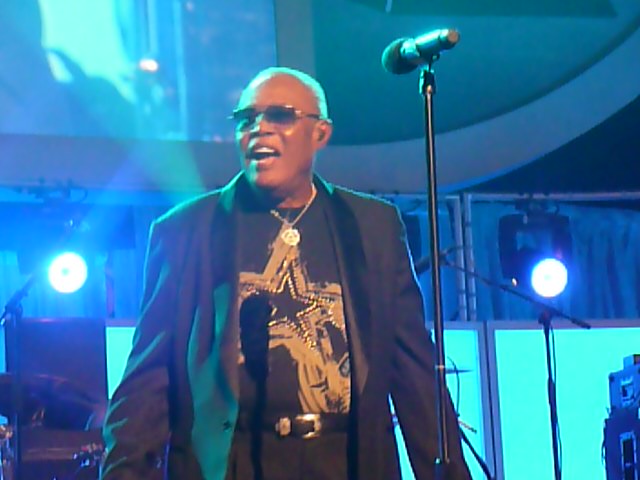 The great R&B legend Sam Moore turns 77 today. The singer of “Soul Man,” “Hold on I’m Coming,” “When Something is Wrong with My Baby” and dozens more hits has performed for all the US presidents, at two inaugurations, and with countless superstars. Recently, a staffer at one of the late night talk shows told me: “I love it when Sam comes to the show. He’s the only one who sings on key.”

Moore’s miraculous voice has been paired on record not only with late partner Dave Prater, but with Sting, Bruce Springsteen, Jon Bon Jovi, Wynonna Judd, Conway Twitty, Valerie Simpson and Cee Lo Green. And Sam is going strong. He’s got a couple of albums in the works, shows lined up, and may even put in an appearance at this year’s inauguration. (In 2008, he, Sting, and Elvis Costello headlined for the Creative Coalition.)

He and his wife Joyce are tireless advocates for performers rights, for the Performers Royalty Act. Sam, like, so many singers, didn’t write his own material. So he gets not a dime when his hits are played on the radio.

Check him out on Facebook, where Sam is getting a lot of kudos today. Happy Birthday! I’m honored to know you after all these years….