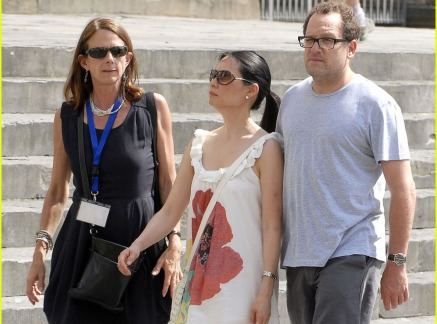 EXCLUSIVE: Lyor Cohen is a survivor. He’s a man who certainly lands on his feet. Ousted just this week from his position running Warner Music Group–which he basically helped run into the ground–Cohen has already bounced back. He sent an email around on Friday notifying his pals that he was now working out of the offices of Toms Capital LLC, a hedge fund on West 14th St. in the trendy meatpacking district run by Israeli billionaire Noam Gottesman.

Gottesman is number 245 on the Forbes 400. He’s also 804th of all billionaires in the world. He owns a lot of things including the GLG hedge fund — which he sold in 2010–and the very hot restaurant Eleven Madison Park. According to Forbes he now concentrates on collecting art and on philanthropy. http://www.forbes.com/profile/noam-gottesman/

Cohen knows how to play the corporate game. He went from Edgar Bronfman, Jr. to Gottesman, 51, almost seamlessly. Cohen has a famous girlfriend in designer Tory Burch; Gottesman reportedly dates actress Lucy Liu. Gottesman obviously doesn’t follow the record business, or he’d know that Warner Music was slashed to ribbons under Cohen and Bronfman, developed no new artists, and relied heavily on the mega selling acts they inherited to keep them going. While Universal Music and Sony soared, WMG fell into moribundity. Eventually it was sold to Len Blavatnik’s Access Industries and taken private after the stock of WMG fell from $33 to almost nothing.

Last week, the New York Post reported that Cohen had been “noodling with the idea of” a music management firm, while at WMG. It seems like Toms Capital may be his biggest noodle. Gottesman must know how much it costs to be in business with Cohen, who played his own version of Hamptons-type Monopoly with expensive homes while at WMG. It would appear that Cohen had Gottesman set up as a Plan B if he couldn’t cut a deal with Blavatnik.

One funny thing: when you call the phone number Cohen sent out on his email, an automated voice mispronounces Cohen’s first name in a most unfortunate way. That should be changed pronto on Monday.