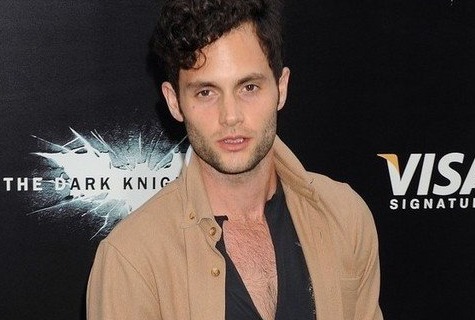 Exclusive: “Mystery White Boy” directed by Jake Scott was supposed to shoot this summer with “Spider Man: Turn off the Dark” star Reeve Carney as late singer songwriter Jeff Buckley. It never happened. Now it seems that Amy Berg, director of “West Memphis Three,” has replaced Scott. Carney could be out, which is a mistake. Berg is “obsessed” with Jeff Buckley, a source tells me. So she’s Bogarted his movie, much the way she pushed herself into making yet another documentary about the West Memphis Three after Joe Berlinger made three prize winning films for HBO on the same subject. This woman has brass. “Mystery White Boy” is based at least in part on David Browne’s excellent biography, “Dream Brother.”

But another movie with Jeff Buckley– who died in 1997 at age 30 from an accidental drowning– as a central character is ready for release: “Greeting from Tim Buckley” stars “Gossip Girl” actor Penn Badgley as Jeff Buckley.  Badgley will leave “Gossip Girl” when it ends this season to have a movie career thanks to his surprising works as the late, lamented singer. He turns out to be a charming musical presence in “Greetings,” a would be John Mayer.

Full disclosure: I have never watched an episode of “Gossip Girl.” I met Badgley outside Shake Shack years ago and didn’t really know what he did. But I can tell you that as Jeff Buckley he is a most pleasant surprise. Dan Algrant has made a semi-biographical concert movie about Jeff’s famous dad, Tim, the singer songwriter who died in 1975 at age 28. Tim Buckley had already been releasing albums for about 8 years, and was a cult hero. He preceded James Taylor, who was his age. If he’d lived, Tim would have been a star on the level of Taylor or Jackson Browne. But his drug problems overwhelmed him.

As Tim Buckley, the other revelation in “Greetings” is Ben Rosenfield. He’s been described to me as “the next Jesse Eisenberg.” Rosenfield is a total charmer as Tim, who really never knew his son, was not a very faithful husband, but was a musical genius. Hopefully his music will get a new life now. Download it, buy it, whatever. He puts contemporary composers to shame.

Director Algrant reproduces a 1991 tribute concert dedicated to Tim held at St.Ann’s Church in Brooklyn. Jeff Buckley, on the verge of releasing his only album, which would make him famous, participated in the show.  Much of the movie is a dramatized version of the concert, with Badgley stepping out. Algrant had to do it this way: he doesn’t have the rights to Jeff’s music because of “Mystery White Boy.”

Up in heaven, it must be extremely curious to the Buckleys that there’s such a fuss being made over them. After all, where’s the Jim Croce movie? Tim Buckley was an underground star during his career. He never had a hit single. He was known entirely to the world of FM progressive rock. Jeff Buckley only released one album, and is best known for his cover of a Leonard Cohen song, “Hallelujah.” And yet, their stories remain fascinating enough to inspire two movies.