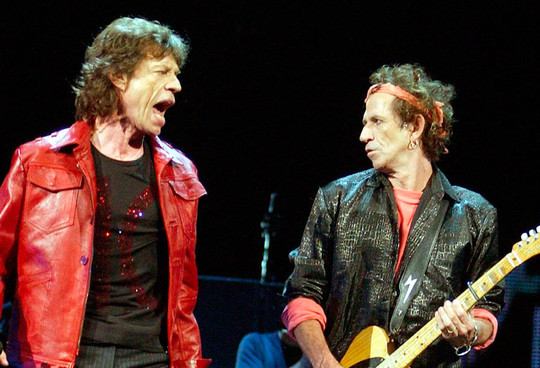 The Rolling Stones have picked their dates for four 50th anniversary shows this fall: November 26 and 27 in London at the O2 Arena and December 6 and 7 in Brooklyn at the Barclays Center. Tickets will be roughly $500 apiece to offset the $25 million the group is being paid by Sir Richard Branson.

The shows follows an HBO documentary (which this column announced some months ago) plus a huge 50th anniversary photo book that collects all the best pictures of the group going back to 1962.

The Stones are not alone celebrating their 50th anniversary this fall. Barbra Streisand will precede them into the Barclays Center in October.

The Stones shows may be the beginning of a big worldwide farewell 50th anniversary tour. There may be an album of new material too.

Branson, I am told, was convinced by Mick Jagger to get into the live promotion business with Australian Paul Dainty. Jagger rejected offers from Live Nation, AEGLive and Michael Cohl, the producer who just settled his “Spider Man” lawsuits on Broadway with Julie Taymor.