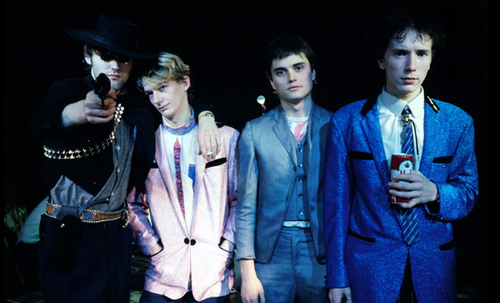 Johnny Rotten is back.The leader of the Sex Pistols is returning to the US with his other group, the less political Public Image Ltd. Their new album, “This is Public Image,” hits the US in October. The first single is called “Out of the Woods.” Its unlikely subject: famed US general Stonewall Jackson. From the press release: “is about Stonewall Jackson, one of America’s greatest generals and a tactical genius who, against overwhelming odds, helped win the battle of Chancellorsville in the War of Southern Independence.”

Really, I can’t make this stuff up.

And US tour dates: