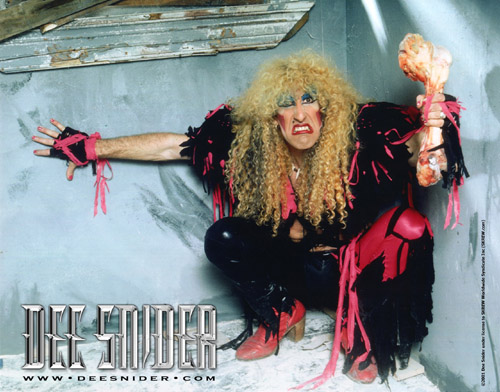 Dee Snider of Twisted Sister just sent this out:
“It was brought to the attention of  the management today that Paul Ryan has been using tour client Dee Snider’s composition “We’re Not Gonna Take It” in his political campaign to become the Vice President of The United States of America. Dee does not support Paul Ryan. Accordingly,  Dee has released this statement to Benjy Sarlin, campaign reporter for TPM  in Washington, DC:
I emphatically denounce Paul Ryan’s use of my song “Were Not Gonna Take It” as recorded by my band Twisted Sister. There is almost nothing on which I  agree with Paul Ryan, except perhaps the use of the P90X.
Dee Snider”