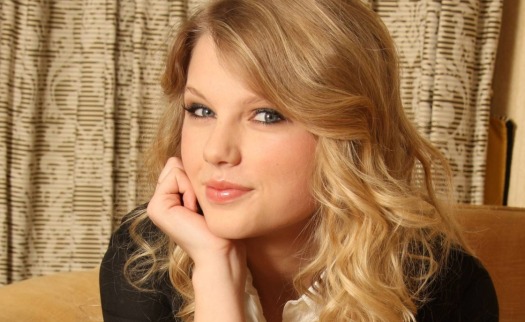 Taylor Swift Kennedy–er, not yet exactly– set a record last week. She sold the second highest number of digital singles so far, and the most for a female ever. The godawful “I’m Never Going to Write a Song about Anything Other than a Celebrity Break Up” sold 623,000 copies through digital downloading services. Uh wait, the song is called “I Am Never Getting Back Together with You” or something. It follows all her other songs with the exact same theme.

Swift is 22. She’s dating HIGH SCHOOL senior–yes he returns to high school next week– Conor Kennedy, age 18. By the time she was 22, Carole King had written “The LocoMotion,” “Will You Still Love Me Tomorrow,” “Chains,” and “He Don’t Love You Like I Love You.” By the time they were 22, John Lennon and Paul McCartney wrote–like– everything. Mozart wrote “Twinkle Twinkle Little Star” when he was 5. I can’t believe anyone likes that stupid “Getting Back Together” song so much. But the Kennedy publicity has been off the wall. Conor should ask for a cut of sales.

Justin Bieber may now take a look through the Kennedy cousins to see if there’s anything there for him.