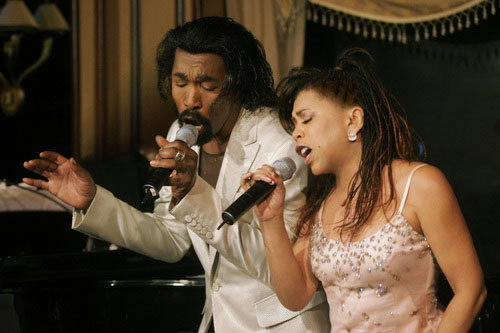 Not going to the Hamptons, Aspen or Gstaad? Well, tonight and tomorrow are major New York music nights. Tonight at 8pm at Lincoln Center’s out of doors free show in Damrosch Park, the amazing Valerie Simpson is putting on show to memorialize her late, beloved husband Nick Ashford. The songwriting couple, parents of two grown daughters, wrote many of Motown’s classic  hits like “Ain’t No Mountain High Enough,” “Ain’t Nothing Like the Real Thing,” and “Heaven Must Have Sent You (from Above).” They also wrote “I’m Every Woman” for Chaka Khan and Whitney Houston, and “The Boss” for Diana Ross, and dozens more like “You’re All I Need to Get By.” Wait! I left out “Solid (Like a Rock)” and “Street Corner.” So many more…Valerie will be performing with many of the singers from the Sugar Bar, the joint she and Nick started on West 72nd St. and is still thriving.

Then: Garland Jeffreys does the second of two shows at the Rodeo Bar on Third Avenue and 27th St. starting around 10pm. These are warm up dates for Garland’s next trip to Europe. Jeffreys is one of New York’s greatest musical talents, a chart star and a cult star since 1976. Lou Reed and Bruce Springsteen adore him. Garland’s cover of “96 Tears” is still a favorite, but his real fans want to hear “Matador,” “Wild in the Streets,” “New York Skyline,” “Don’t Call Me Buckwheat,” and tracks from his newest album. Garland started out grouped with Elvis Costello, Graham Parker and the Rumour, and Joe Jackson, but he’s the only American, and has a unique R&B/rock style. Last Friday, fans drove in from all over the place. I met one woman who was First Nation Canadian from Saskatchewan. You don’t want to miss this.

Saturday, back at Lincoln Center: a tribute to Laura Nyro will feature members of LaBelle (they made a classic album together called “Gonna Take a Miracle” in the early 70s). Plus rising star Marion LoGuidice will perform a previously unheard Nyro song called “Go Find the Moon.” Marion is hot hot hot right now, having just wrapped Cyndi Lauper‘s reality show and selling out shows at Le Poission Rouge.

At 7:30pm there’s a classic R&B show with William Bell, Dan Penn and Teenie Hodges–all from Memphis, Stax and Hi Records. Dan Penn co-wrote “Dark End of the Street.” Otis Clay follows at 8:45pm with more classic soul. The irony is, there’s a fundraiser for the Apollo this weekend in East Hampton, but real actual genuine soul will be right here in Manhattan!